A darkfield magnifier aids in the detection of fracture-filled stones. It consists of a fully corrected 10X triplet loupe that is encased in a glare-free housing that attaches to a powerful LED flashlight (included).

With this device, light enters the gem from the sides, and not from the top or bottom. The background color is black, hence the term "darkfield". The light from the side makes inclusions and fracture-fills more obvious.

Comes with a leatherette case. Consider purchasing a gem-holding tweezer. 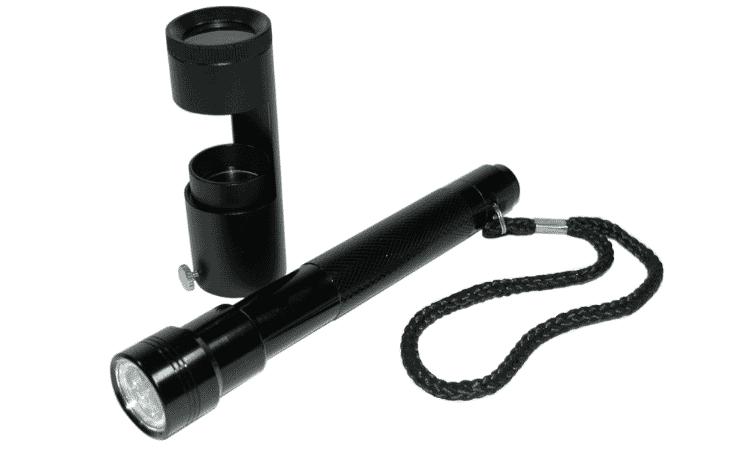 This portable darkfield loupe will pay for itself many times over by detecting fracture fills and inclusions.